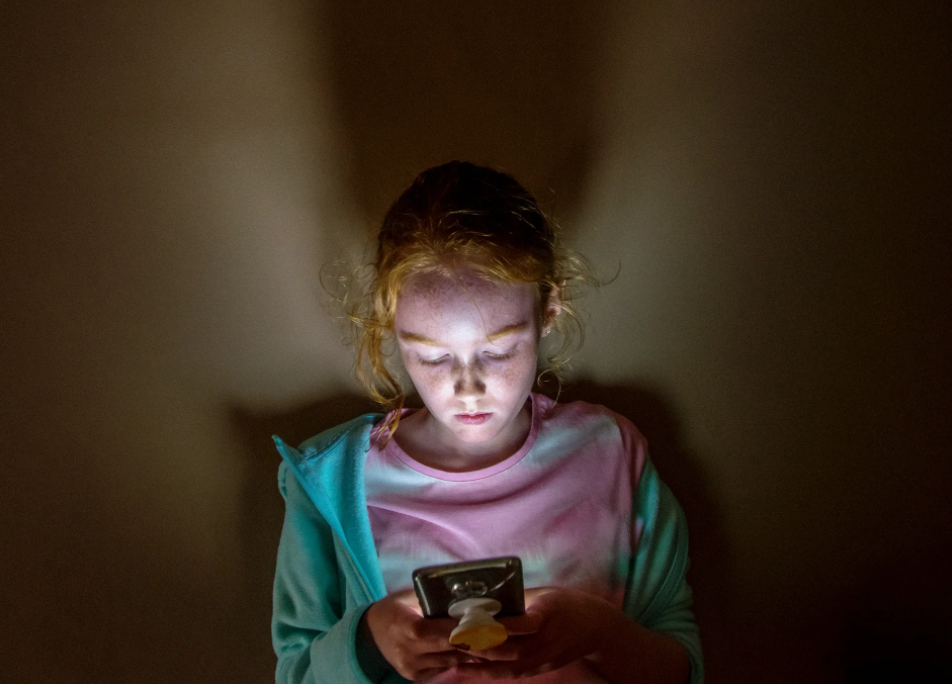 EXPERTS IN CHILDREN’S heath, from pediatricians nationwide to CDC staffers, often say that screen time is bad for young children. But not mine. Unlike most people, I eagerly bought an iPhone 12 for my fourth grader on her 10th birthday.

The Centers for Disease Control (CDC) reports that children ages 8 to 10 spend an average of six hours per day in front of a screen. For my younger daughter, who is disabled, that time, and that technology, was a godsend. We began to worry about her last year when her school was fully remote. Without in-person schooling, her world had become very small. She was disengaged, depressed, and her muscles lost a lot of strength. She went from using her walker about 75 percent of the time to using her wheelchair almost all the time. She stopped wanting to leave the house, asking only for her iPad.

I relayed this to her therapist, a pediatric psychologist at Massachusetts General Hospital.

“Have you thought about giving her a phone too?” she asked.

I was shocked, but I listened. My opinion began to shift.

Titania Jordan, the chief parenting officer of Bark, a parental control app, says, “The focus of screen time for kids needs to be about quality over quantity, regardless of ability.” She adds that parents really need to understand what their kids are doing with their devices. What apps, what games, what search engines they’re using and how.

We established guidelines around phone use for both of our daughters. Here are the top five:

Give the Phone a Bed and a Bedtime
Start with basics. Meryl Alper, associate professor at Northeastern University, studies disabled children’s media use. She points out that the relationship between personal uses of screens and disabled kids can be very complicated. She says, “For some kids with attention and sensory challenges, a screen may be overly stimulating, especially after sundown, and disrupt a more natural bedtime routine. However, some young people on the autism spectrum may naturally have an atypical sleep/wake pattern. Having access to a screen in the early morning hours may allow caregivers some extra precious hours of sleep.”

If it’s possible, develop, explain, and have your child sign an age-appropriate contract that includes what rules are most important to you both. For the two children in my family, we prioritized two things: One, the phone does not sleep in their room. Two, use the Downtime feature to make sure the phone “goes to sleep” before your child does. We chose an hour before each kid’s bedtime.

You Make the Rules, but Make Them Fun
Devorah Heitner, author of Screenwise: Helping Kids Thrive and Survive in Their Digital World, put the CDC recommendations into context: “There are lots of reasons to consider giving kids access to a phone,” she said. “Every family’s needs around technology are different. It’s not just about keeping her away from something but are you using it to help her connect with experiences that wouldn’t otherwise be possible? Know your child and your situation, not just what the CDC says.”

During the height of lockdown, my nondisabled child’s homework was to connect to another human every day. Because not everyone she reached out to used the same platforms to communicate, she learned to use different messengers, texting, FaceTime, Gmail, and other ways to be in touch. Now she’s teaching everyone in the family how to better use their devices.

However, we make it clear that on both kids’ phones there can be privacy but no secrecy. Anything they do on their phone, we are allowed to see. Alpern agrees that although young people with disabilities have rights to privacy in social and digital contexts, like all children do, “the burden of vigilance tends to fall extra heavily on the parents of disabled children; they may need to more closely supervise their child’s communication online due to heightened risks of social isolation, exposure to hateful messages, and cyberbullying.”

Learn how to use parental controls and other privacy and security settings that give you the ability to approve or outright restrict apps, games, or other material you’re not ready to explain to your kids just yet.

The one thing we never restrict is their ability to call or text their father and me. Their phones became a fun way for them to stay connected to their parents. (May it always be thus!)

Ensure Inclusion and Accessibility
Getting a phone for a young disabled child might feel scary, but Heitner says that “even kids’ phones have limitations so there are great reasons to go with iPhones and other smart phones to circumvent isolation, especially for kids whose isolation is exacerbated by the pandemic.”

Jordan from Bark reminded me that the Americans with Disabilities Act (ADA) paved the way for tech companies to level the playing field, and now, she says, “iPhones (and the millions of apps children can access) open a world of possibilities to children with disabilities.”

My daughter’s disability is neurological, meaning her motor skills are affected, as is her speech, her mobility, her development. She and I have learned a few things about her iPhone 12 that have made her life more inclusive and fun.

For example, she loves predictive text. She usually has one of a handful of critical things to say to me: I need help, please come, I’m hungry, my feed is done, my feet hurt, I have to pee, where’s the cat, I dropped my doll, I miss you, call me, and now, where’s the charger? She figured out how to record herself using audio messages and text me the recording when she had something longer or more complicated to say to someone. Super easy for stubborn fingers.

It took Siri some time to learn her voice and speech patterns, but eventually she could say “Hey Siri, call Mama on speaker!” and “Hey Siri, play ‘Hot and Cold’ by Katy Perry again!” With free apps like MarcoPolo she can have ongoing conversations with people without calling them in the middle of their day. And my daughter loves filters and effects as much as the next 10-year-old. Now that she is a tech-savvy kiddo who uses messenger and FaceTime apps with ease, she has taught uber-patient people like her Nana how to turn into a unicorn memoji with a purple glitter tongue, a robot voice, and a cartoon effect, and they can carry on a conversation that way for an hour.

What Works for Another Child Might Not Work for Yours
No one knows a child better than their parents. Heitner says, “Remember it’s about finding appropriate content, knowing your child and her needs, and both mentoring and guiding.” Every family’s technological needs are different, and every child’s family can mentor and monitor in a way that makes sense for them. Alper suggests involving your disabled child in making active and reflective choices that work for them (for example, having input on where in the home the phone gets charged overnight, and thinking about how they feel at school if they’ve gotten a better night’s sleep).

In our household for example, one of our kids’ phones has stricter rules than the other. One phone “sleeps” more and the individual apps “sleep” more too. Our children both have iPhones, so we got to know the Screen Time and Downtime functions in Settings. (Android users have Digital Wellbeing, among other options.) Decide if you want to allow in-app purchases, and if you want to password protect downloads. We had to make it clear that even though, yes, it was her phone, she still needed to ask permission to make phone calls.

Responsibility Is Shared, but Who Has the Final Say?
Kyle Keane is a lecturer in assistive technology in the department of electrical engineering and computer science at MIT. She is also visually impaired. “The amount of time people spend on screens is not a concern for me,” she says. “It really matters what people are doing on their devices. I carry a white cane to help with navigation due to my visual impairment. I was trained to use this cane to detect objects and signal socially to people that I’m visually impaired. Using a cane all day affects my sense of self and changes how I interact with the world. If nobody taught me to use this technology responsibly and effectively then I might well have developed the habit of hitting people with it to keep them away from me.”

Keane’s point is tongue in cheek, but clear. It’s a shared responsibility, but ultimately it’s up to us as parents to keep the phone from turning from a healthy way to connect with others back into just a screen. I don’t punish. I don’t take the phones away. If something goes awry in our house, I know the finger is pointing at me, not at my children.

When I’m doing my job right, the wins keep happening. Not only does our disabled daughter stay connected to friends and family in new ways just like our nondisabled daughter does, she has also mastered some of her favorite things (like makeup!) by watching YouTube videos. She’s decided she wants to be a model and now spends hours not on a screen practicing her own makeup and getting it just right. But that works for our child. You and your child will find your wins, but the experts are clear: find them together. 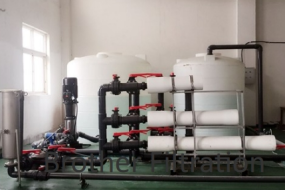 How to choose the best HIGH FLOW FILTER for you water? 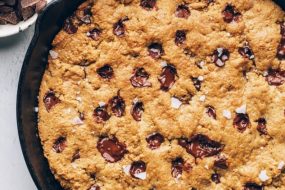 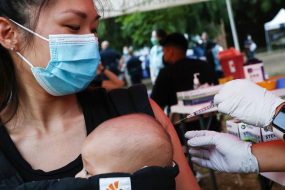